Stories of vampires and werewolves have been scaring people for centuries. They represent fundamental human fears: having our lives stolen, or that we ourselves can become monsters. Usually, we assume these scary stories are what people tell each other to spook and moralize to their audiences. But, over the course of history, there have been people and events who emulated or even embodied the things we have been telling stories about for so long. Here are ten true-to-life vampires and werewolves.

Starting in 1764, at least one wolf-like beast with red-black fur, large teeth and razor sharp claws, terrorized the Gévaudan region of France. Over a three year period, this creature killed between sixty to one hundred people and injured at least thirty more. The animal preferred easy prey: children and those who were alone or tending livestock. Curiously, its attacks focused on the heads and necks of the victim, rather than the arm and leg wounds normally associated with wolf attacks. The high number of attacks lead to some to believe there were two animals, working in concert. To add to the creature’s mystique, it shrugged off injuries, even after being shot twice at close range in October 1764. By 1765, after the beast brazenly attacked a group of seven, King Louis XV intervened, sending professional wolf hunters Jean Charles d’Enneval and his son Jean-Francois to find and kill the wolf. They reportedly wounded the beast, even believing for a brief time that they had killed it, in 1766, only for the attacks to begin anew in 1767. The attacks were finally finished in June of 1770 by a farmer, Jean Chastel, who shot it while in a hunting party. Later accounts of the event declare that Chastel shot the beast with blessed silver bullets, after a period of prayer.

Considered to be one of history’s most prolific serial killers, Countess Elizabeth Bathory’s final body count is unknown, though she is estimated to have killed more than a hundred people. She received her home, Ĉachtice Castle as a wedding present, and it was there that she ran her own private abattoir. Stories of the Blood Countess’s reign of terror travelled throughout Hungary from 1602 to 1604, and in 1610, King Mattias II sent György Thurzó to investigate. Information quickly arose from testimony: Elizabeth’s initial victims were the daughters of local peasants, tempted to the castle by offers of work, but would later extend to the daughters of lesser gentry, who were expected to learn the fine points of courtly etiquette from her. Instead, testimony declared, they were brutally tortured, with flesh being bitten off their faces and arms. Rumors also circulated that Bathory bathed in the blood of her victims, believing it would keep her young. The countess’ trial, at which all but one of her servants testified, resulted in her being walled up in her rooms at Ĉachtice Castle, with only small openings left for ventilation and passing food in and out. She died sometime in August 1614, four years after her immurement.

A Limburg native, Henry Gardinn was accused of lycanthropy in 1605. He confessed to the charges, and in his confession claimed that he had been lured into lycanthropy by Jan le Loup and an unnamed third accomplice. As wolves, he explained, they stalked, murdered and consumed a child. He was found guilty of both sorcery and lycanthropy, and burnt at the stake. His accomplice, Jan le Loup (a name which roughly translates to John the Wolf) was caught two years later in Heusden, and executed on similar charges.

Mercy Brown lived in Exeter, Rhode Island, until she contracted consumption and died in January, 1892. Death from illness wasn’t too unusual in the 1890s, but the Browns had been unlucky: Mercy’s mother and sister had also died in the 1880s, and her brother Edwin was ill with the same sickness. Three deaths in one family from the same illness, especially a wasting illness like tuberculosis, seemed suspicious, and the villagers decided to exhume the bodies to ensure that the dead weren’t responsible for their misfortune. While the bodies of Mercy’s mother and sister had both decayed, Mercy’s body (which had been stored above ground, in freezer-like conditions.), appeared unchanged. Sources claimed her hair and nails had grown and that her body had moved. Further examination found still-liquid blood in her heart, and the villagers reached the only reasonable conclusion: she was a creature of undeath and responsible for her brother’s lingering illness. Reports also emerged from other villagers that they had seen Mercy wandering the village at night. Desperate to end her roaming, Mercy’s heart was removed and burnt, and the ashes fed to her sickly brother, Edwin, in hope of curing him (it didn’t. He died a few months later). After this, there were no further reports of her nocturnal wanderings, and as far as we know, she stayed in her grave.

6 Peter Stumpp, The Werewolf of Bedburg

A wealthy farmer in Bedburg, Cologne, Peter Stumpp was respectable enough to the other townsfolk. However, after a series of brutal deaths in the community, he fell under suspicion. Under torture, he confessed: he was a practitioner of black magic, who had been given a magic belt by the Devil, which transformed him into a wolf. Under the threat of further torture, he continued confessing: as a wolf, he had devoured fourteen children, including his son, and two pregnant women. He was executed for his crimes on October 31st, 1589, and his severed head was displayed to warn others against such deviance.

Peter Plogojowitz lived in the village of Kisilova, Serbia until his death in 1725. After which several other villagers, all of whom had experienced being visited and strangled by Plogojowitz after his death, died of extremely short illnesses. Fearing for their lives, villagers exhumed his body under the supervision of a priest and local official. The body didn’t appear to have decomposed, his hair and nails had grown, and most damningly of all, there was blood in Plogojowitz’s mouth. They drove a stake through him, causing a gout of fresh blood to flow from the mouth and ears of the corpse, and that, by all reports, put an end to that. 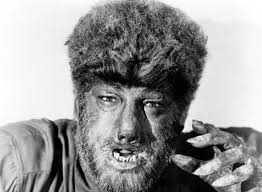 Also known as the Hermit of St. Bonnot and the Werewolf of Dole, Gilles Garnier was burnt at the stake on January 18, 1573 for witchcraft and lycanthropy. Recently married, he had difficulty providing for both himself and his wife, and was offered help by a specter he met while hunting. The specter gave him an ointment that would turn him into a wolf, which would make hunting easier. However, Garnier found that instead of deer, his preferred prey was children. He confessed to murdering and eating at least four children, even taking home some of their flesh to his wife. At the trial, more than fifty witnesses claimed to have seen him, in either human or wolf-shape, attacking children.

A newcomer to the Serbian village of Meduegna, Arnold Paole occasionally told stories of his encounter with a vampire in Gossowa, but that he’d avoided turning into one by smearing himself with the vampire’s blood and eating soil from his grave. Then, in 1725, he broke his neck in a fall, and within a month, multiple villagers complained that he’d visited them. Those who were visited all died shortly afterwards, and the villagers were advised by a local official to disinter Paole’s body. They found a corpse that hadn’t decomposed, with blood flowing from its eyes, ears, nose and mouth, and wearing a blood-soaked shirt. Faced with such proof, they drove a stake through his heart, which caused the corpse to groan, and bleed copiously, and then burnt the body. They also repeated this process with those they felt were Paole’s victims and the matter was put to rest.

In 1692, Jurgensburg, Livonia, an eighty year old man named Thiess was accused of being a werewolf. He, like others on this list, confessed to being a werewolf, but where others admitted to murders and savagery, Thiess’ story was different. As a werewolf, or hound of god, he transformed into a wolf on St. Lucia’s Day, St. John’s Day and the night of Pentecost, to fight the witches and wizards of Satan to ensure good crops and bountiful harvests. The court was unable to get Thiess to confess to having made a pact with the devil, but felt that his story, not to mention his habit of practicing folk magic for the community, encouraged townsfolk away from Christianity. For this, he was flogged and banished from the town. There’s no readily apparent information on whether or not this influenced harvests in following years.

According to Dr. Emyr Williams, a lecturer at Glyndwr University, there’s around 15,000 people currently living as vampires in the United Kingdom. He explains that they are part of a subculture that either feeds upon the blood or psychic energy of other humans. According to Dr. Williams, there’s no immediate reasons to label this subculture as ‘mad, bad or dangerous’, or to assume that its participants suffer from mental illness. Rather, his interest in the subculture is purely academic, something he is undertaking by way of anthropological research. If anything, he explains, it’s comparable to a form of religious belief.

More in Most Shocking

Leave a comment. Conspironatrix would LOVE to hear from you Cancel reply